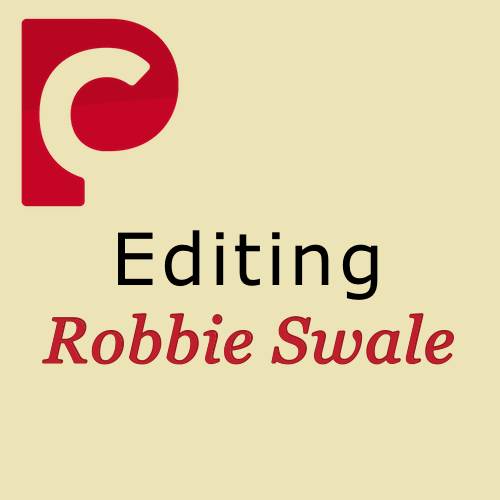 Craig talks with Robbie Swale who has set a goal to appear on 100 podcasts in a year. He’s beginning to struggle with the logistics and managing the workload. He is now considering how to stop, and when to stop, in order to manage his workload and achieve his goal.

Robbie Swale on His Journey to Appear on 100 Podcasts

Craig Constantine catches up with Robbie Swale, who has set a goal to appear on 100 podcasts in a year. Robbie is now halfway through the year and has appeared on 50 podcasts, which has been difficult to manage. “I just hadn’t thought through what happens if you appear on 50, even just 50 podcasts in, like you say… since the start of the year, and I started a bit late,” Robbie explains to Craig. It’s a bit higher pressure now that he’s two–thirds of the way through the year.

As a result, Robbie is now considering how to stop and when to stop, as he may not be able to complete his goal. “I feel bad because there are some podcasts that I’ve been on that I haven’t shared, because it’s too much for me to do. I’m… well, I’m never going to get to 100 at this rate,” he says.

Despite the challenges, Robbie remains determined to achieve his goal. “I’m still going to carry on because I’m not going to give up,” he says. “But I’m going to have to reassess what that looks like.”

In addition to his goal of appearing on 100 podcasts, Robbie is also the author of several books, including: “How to Start When You’re Stuck” and “How to Share What You’ve Made.” These books provide practical advice for overcoming obstacles and achieving goals, which has helped many readers get unstuck and keep going when they want to give up.

Listen in to hear more about Robbie’s journey and his tips for setting and achieving goals. You can also visit Robbie’s blog at www.robbieswale.com to learn more about his books and his podcasting challenge.

Craig 0:01
Hello, I’m Craig Constantine, welcome. This is the podcaster community show short conversations that are not just about podcasting because I like to take the scenic route. My guest today is Robbie swale, who’s back for a I don’t know why a second dose of credit and sanity. Welcome, Robbie, how are you this afternoon?

Robbie 0:20
Thanks, Craig. Great to be back. And yeah, I’m pretty good actually, this afternoon. How are you this morning?

Craig 0:27
Yeah, I’m good. It’s kind of gray and dreary, in Pennsylvania, where I am about two hours to west of New York City, is how I always like to say it because nobody knows where I live in Pennsylvania. And it’s been like dry and hot enough for the last two days. It’s been raining. I’m like, This is good. I’m able to mow the lawn soon.

Robbie 0:43
Much the same here actually. So I’m in southwest London. It’s pretty great today. The grass and all the parks turned yellow and brown because we’ve had such little rain and then yeah, we’ve had quite a bit of rain last month but the last couple days has been some good downpours which just feels like a relief. You know in England, we’re not used to it being dry.

Love that it’s out, @craigconstantine - and great to shout out @David3560… David, have a listen to find out what we REALLY think of you

@craigconstantine and @Robbie - I enjoyed the episode - thanks for pointing me to it!